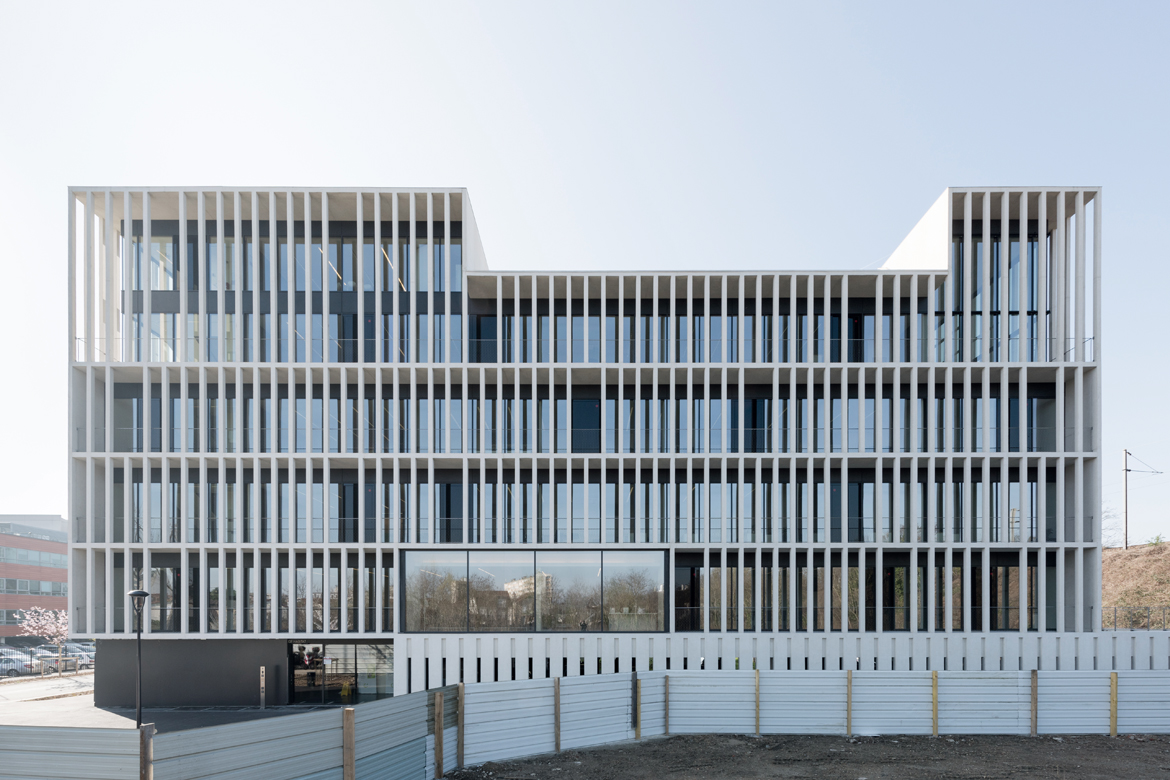 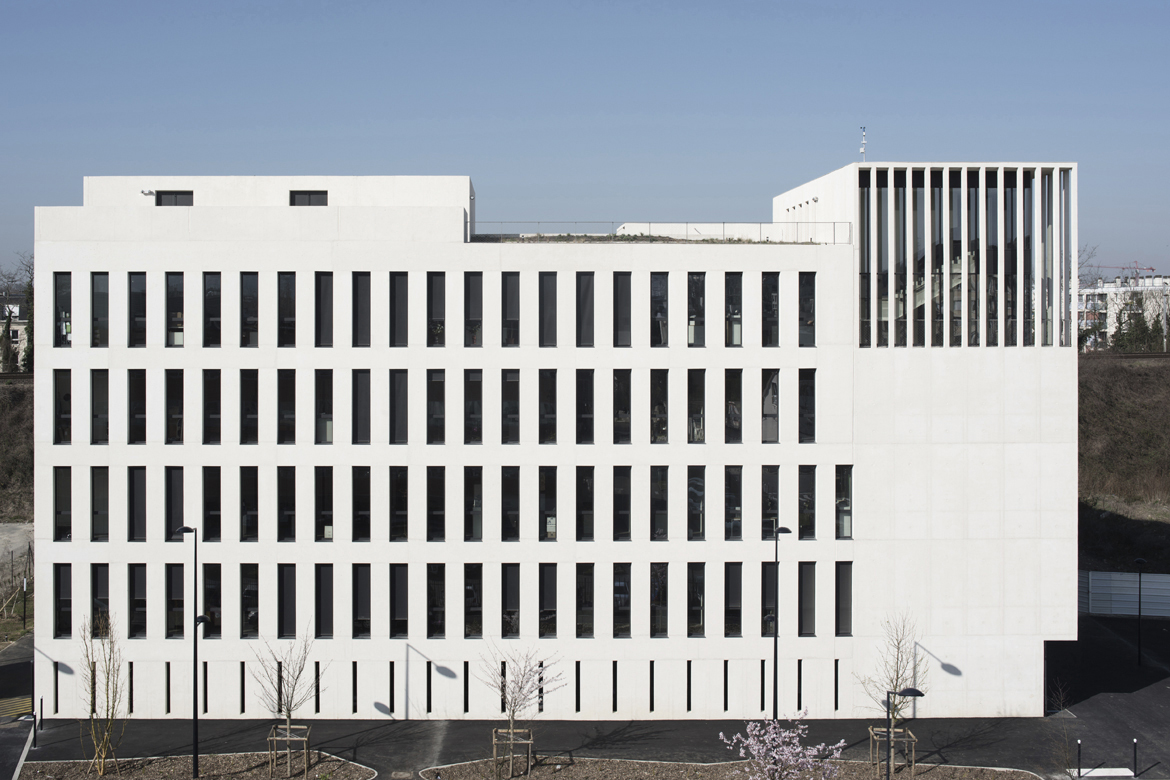 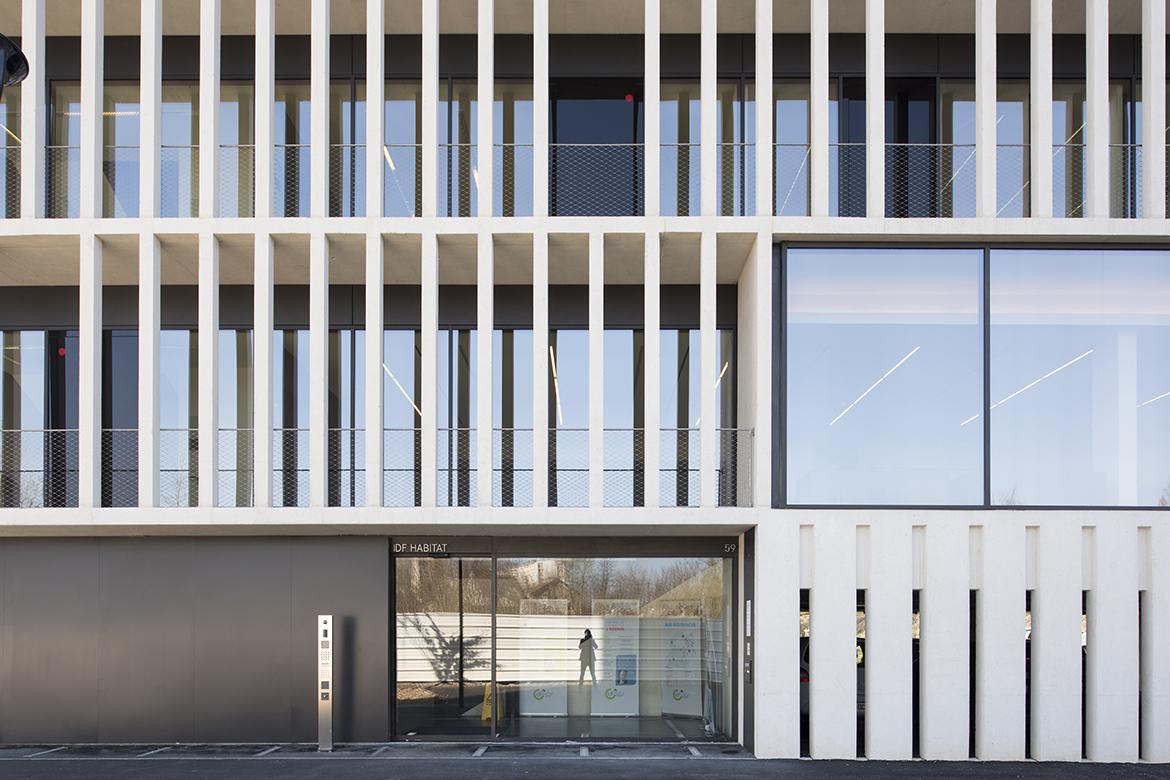 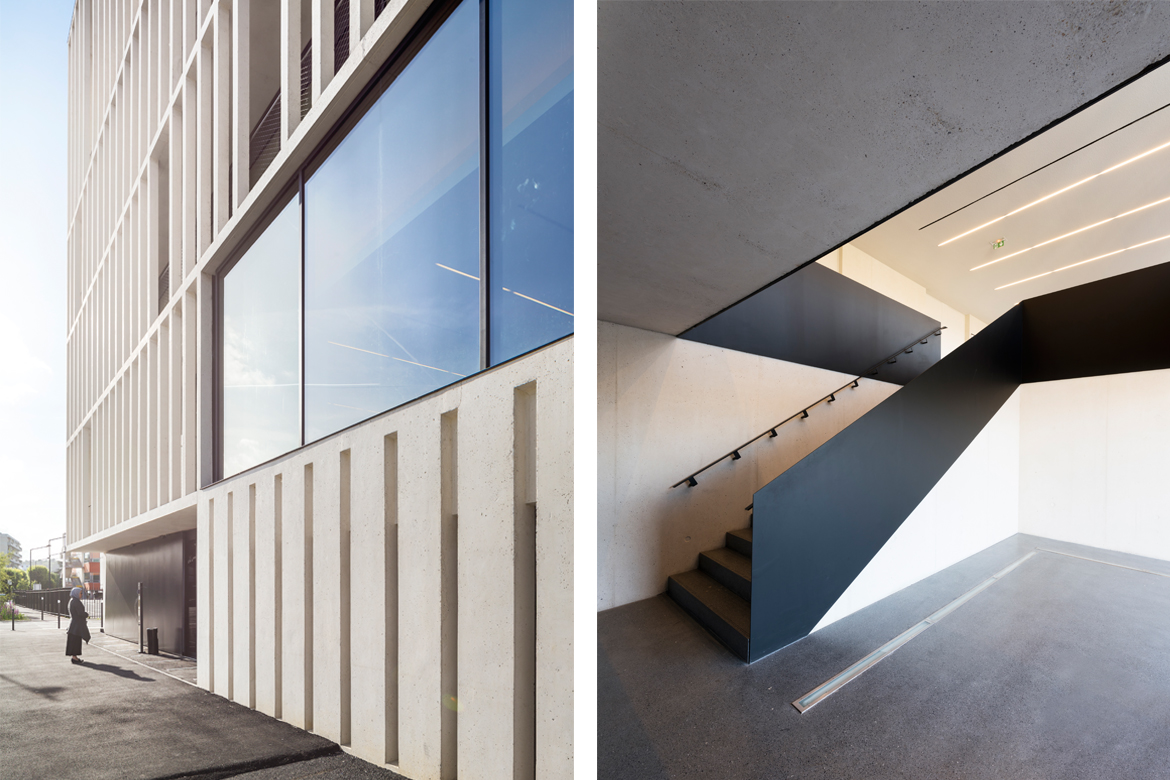 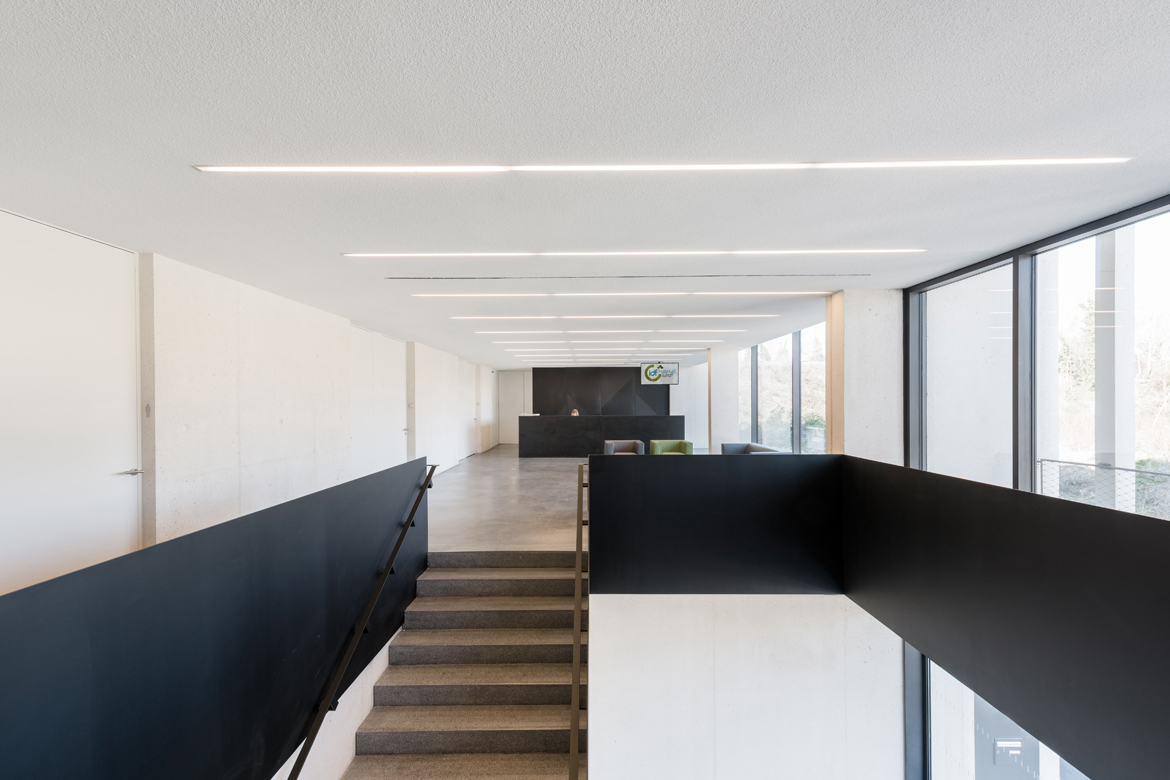 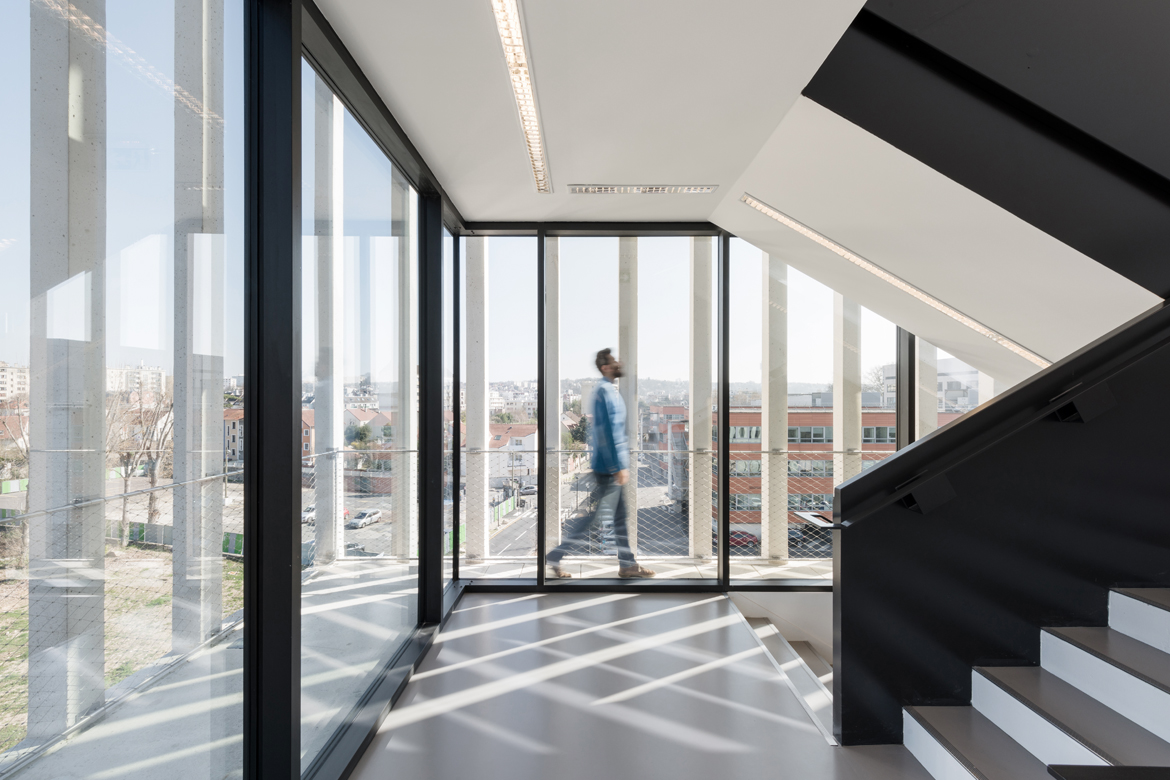 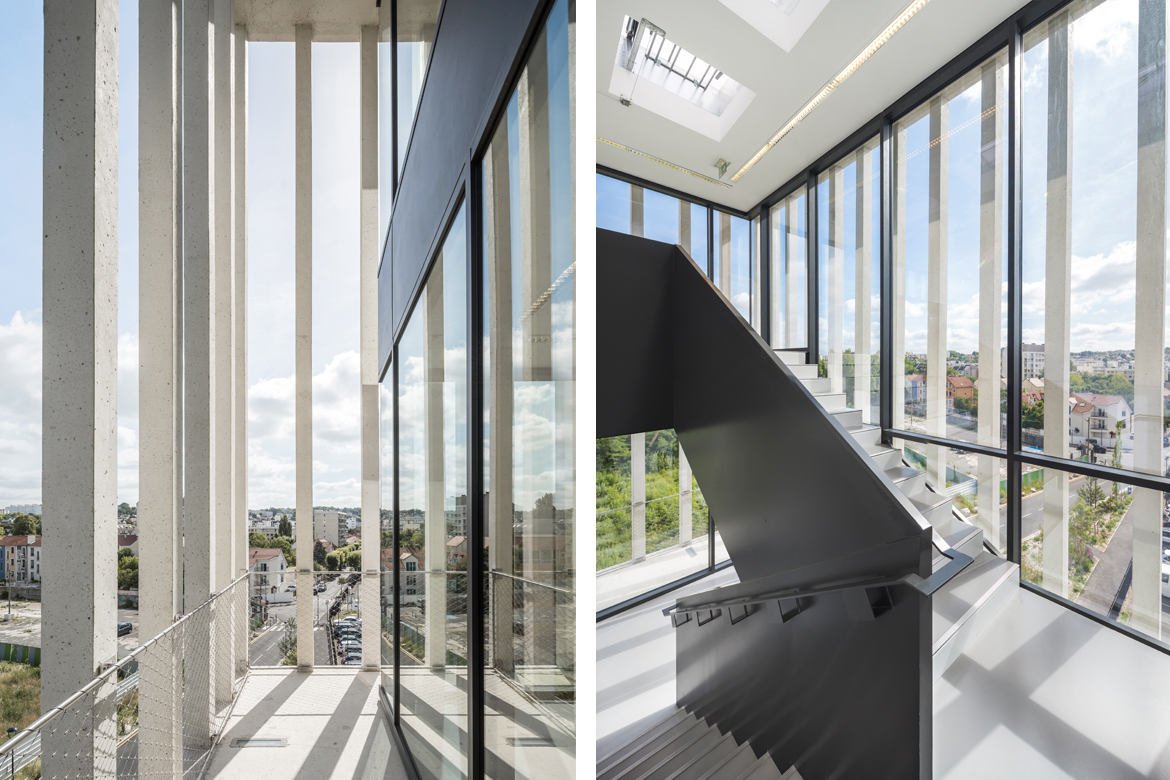 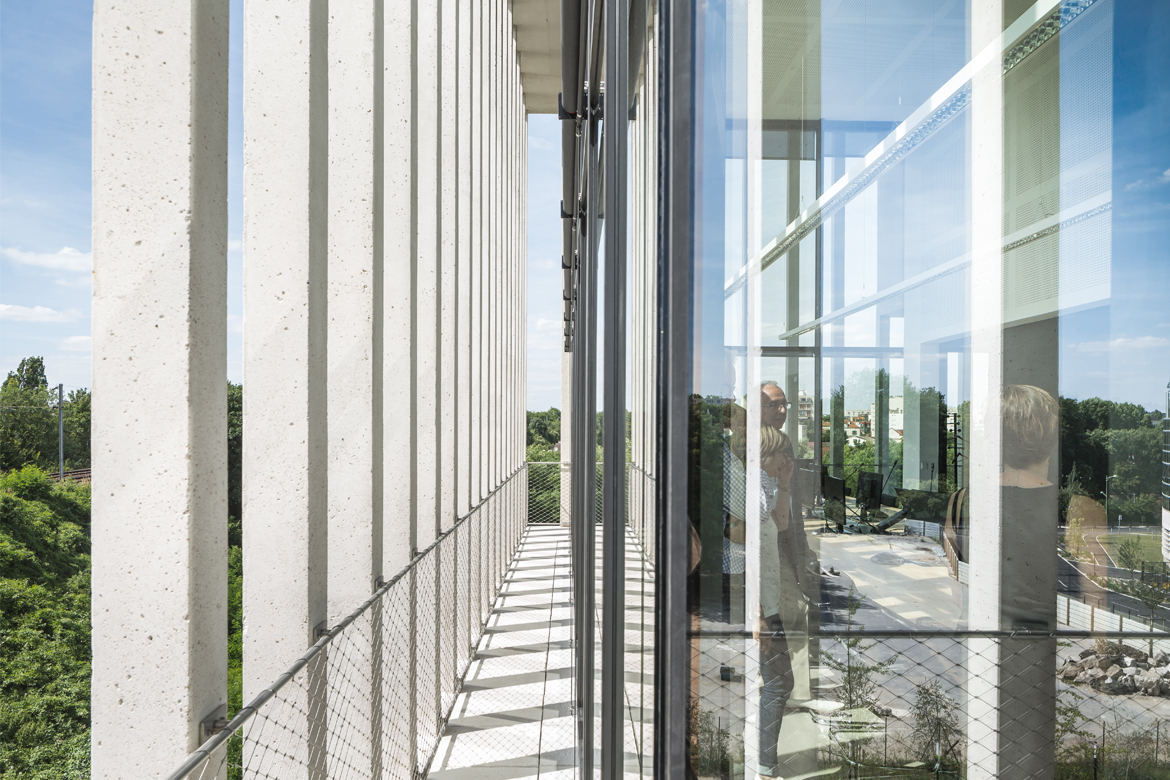 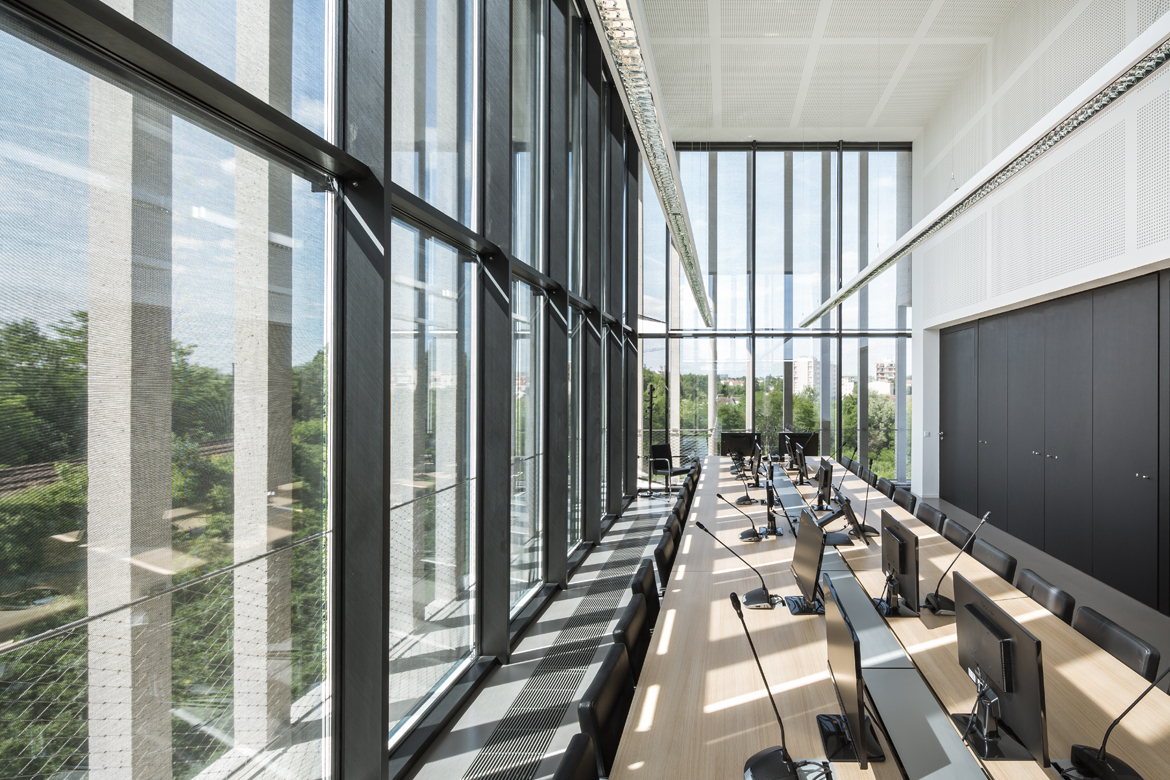 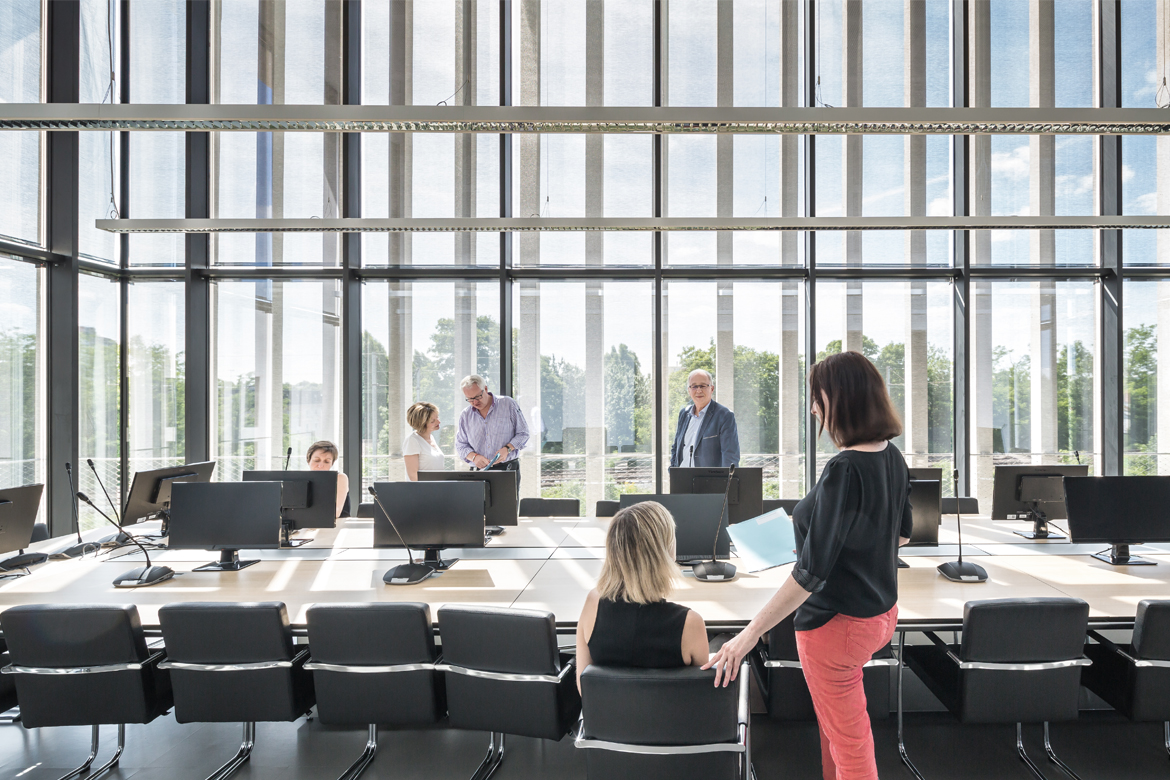 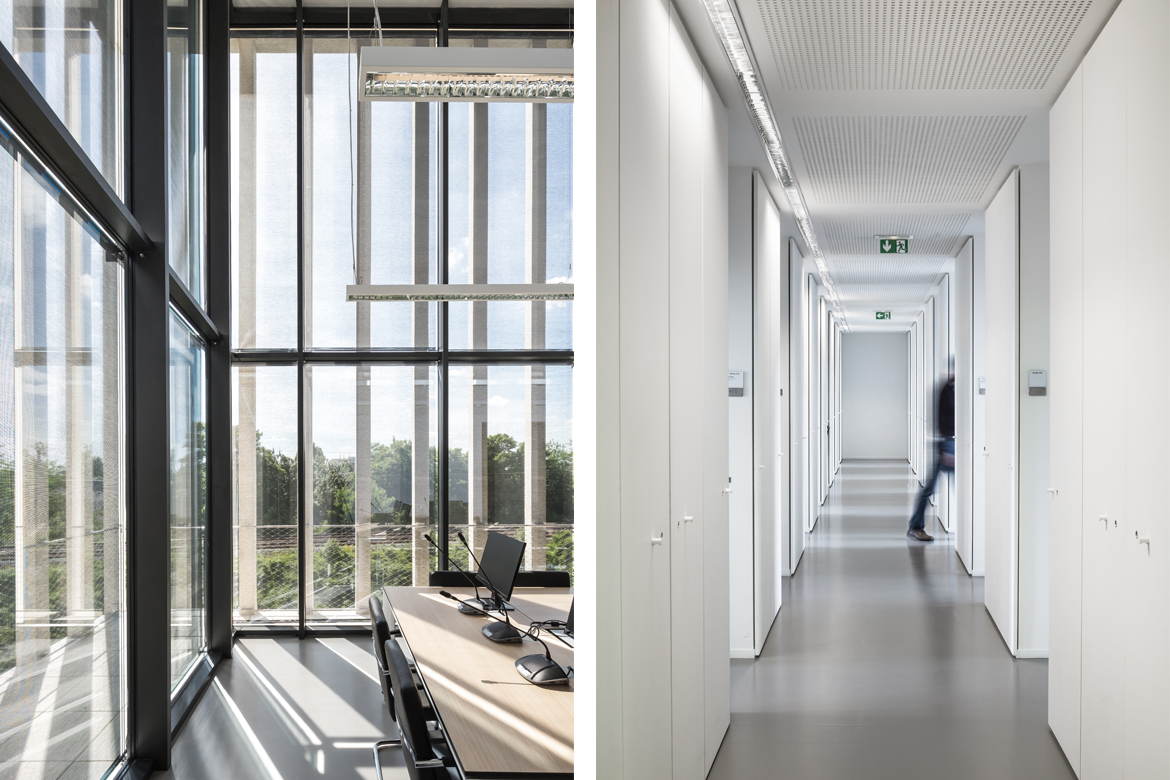 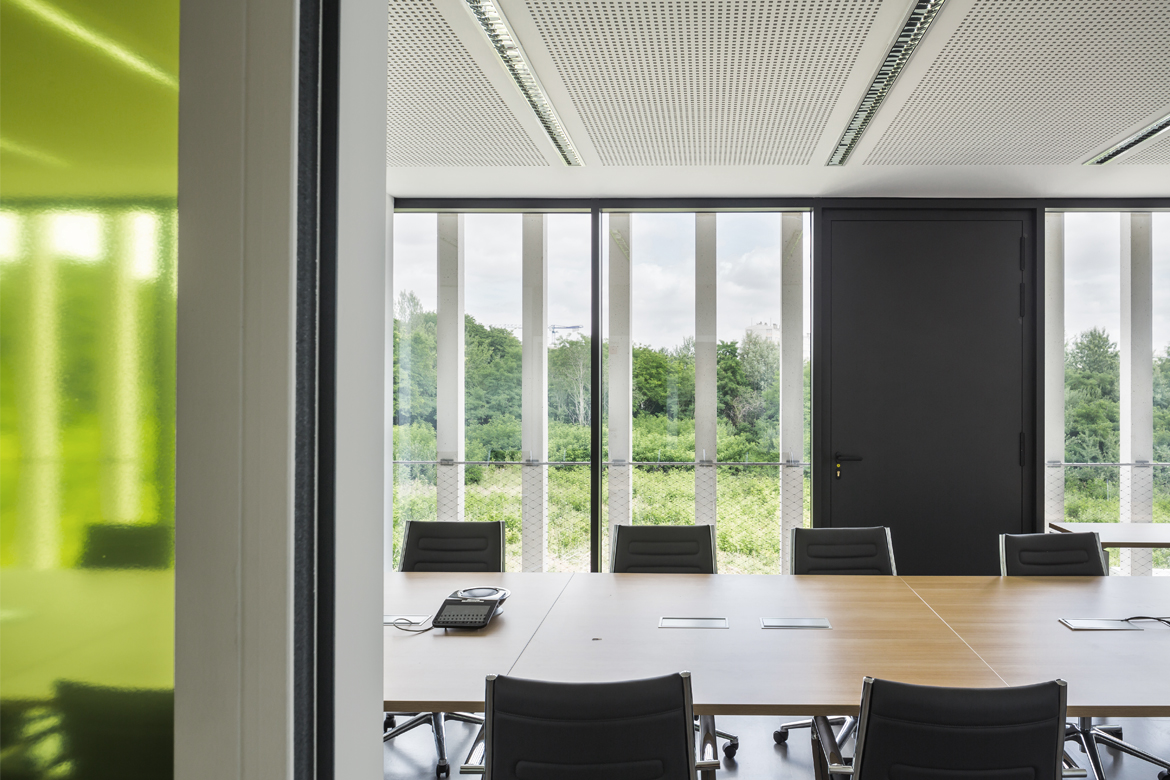 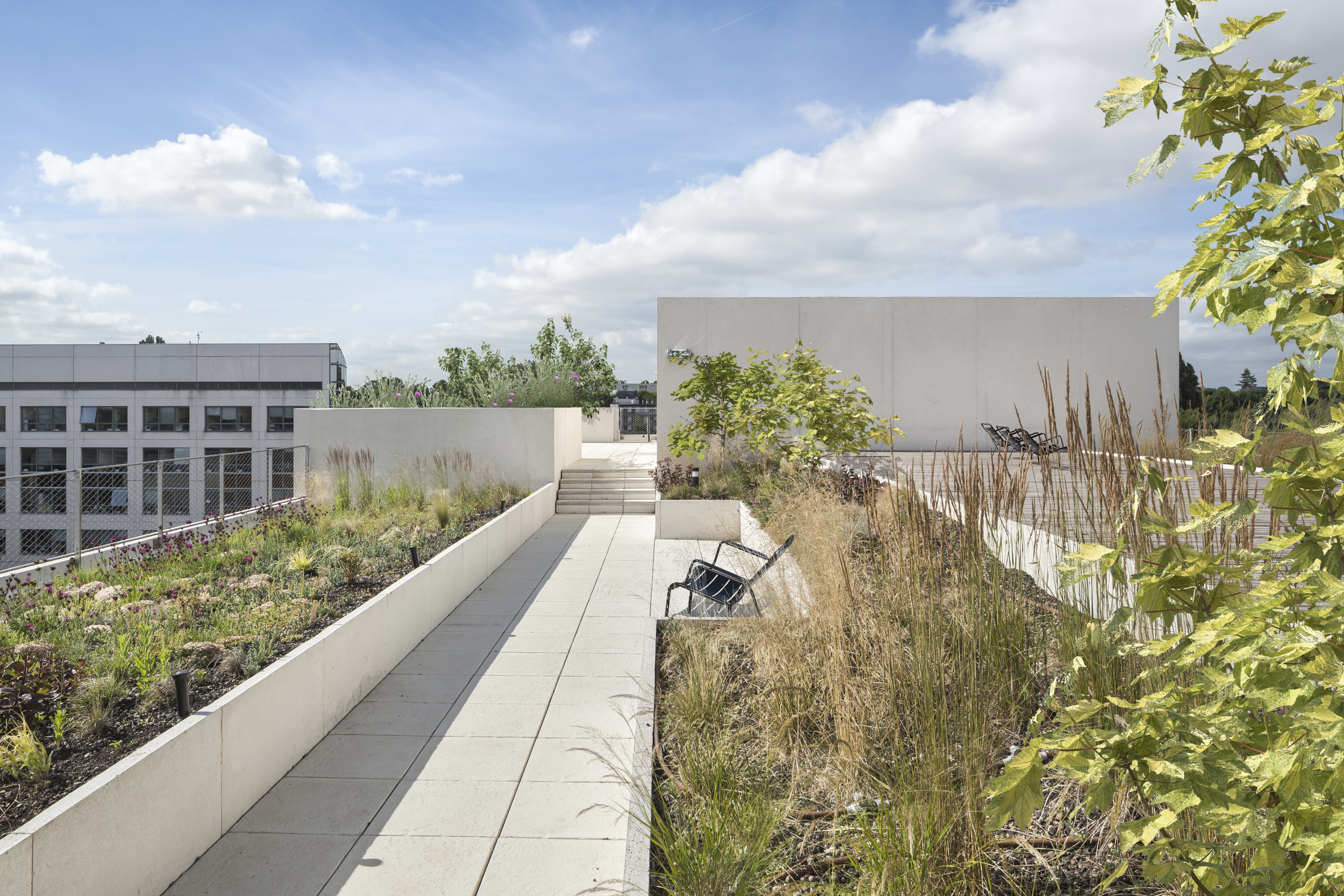 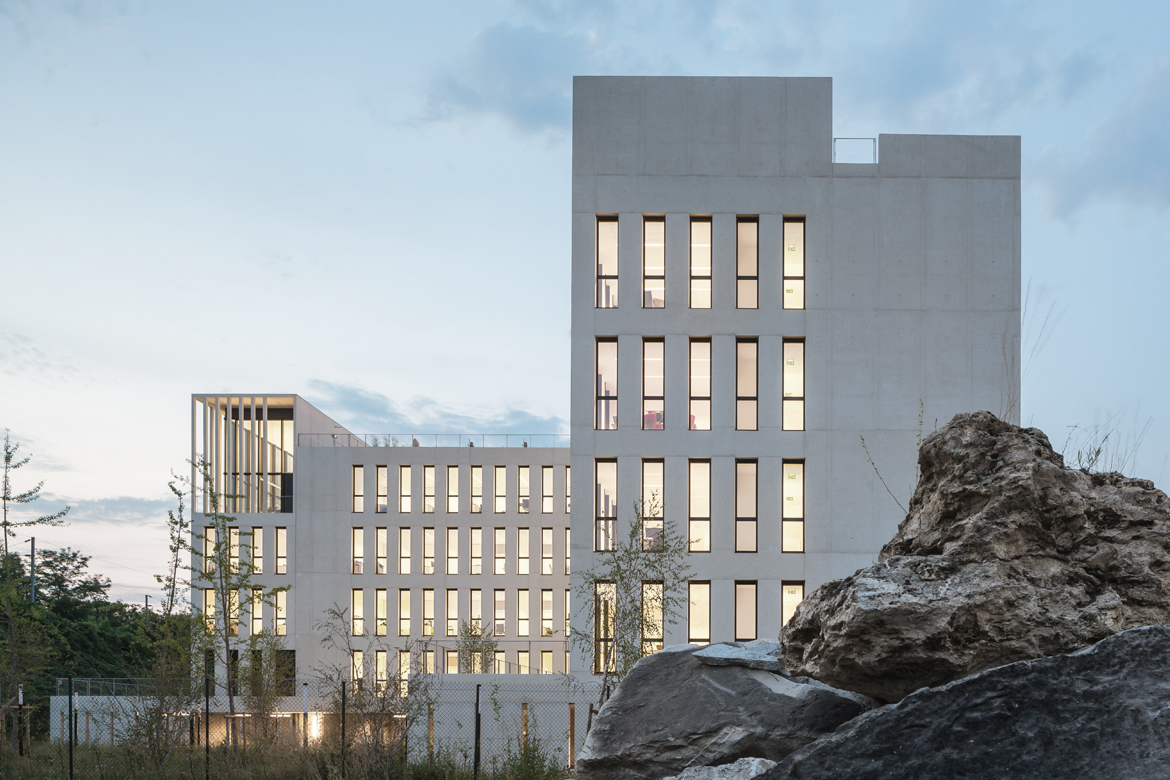 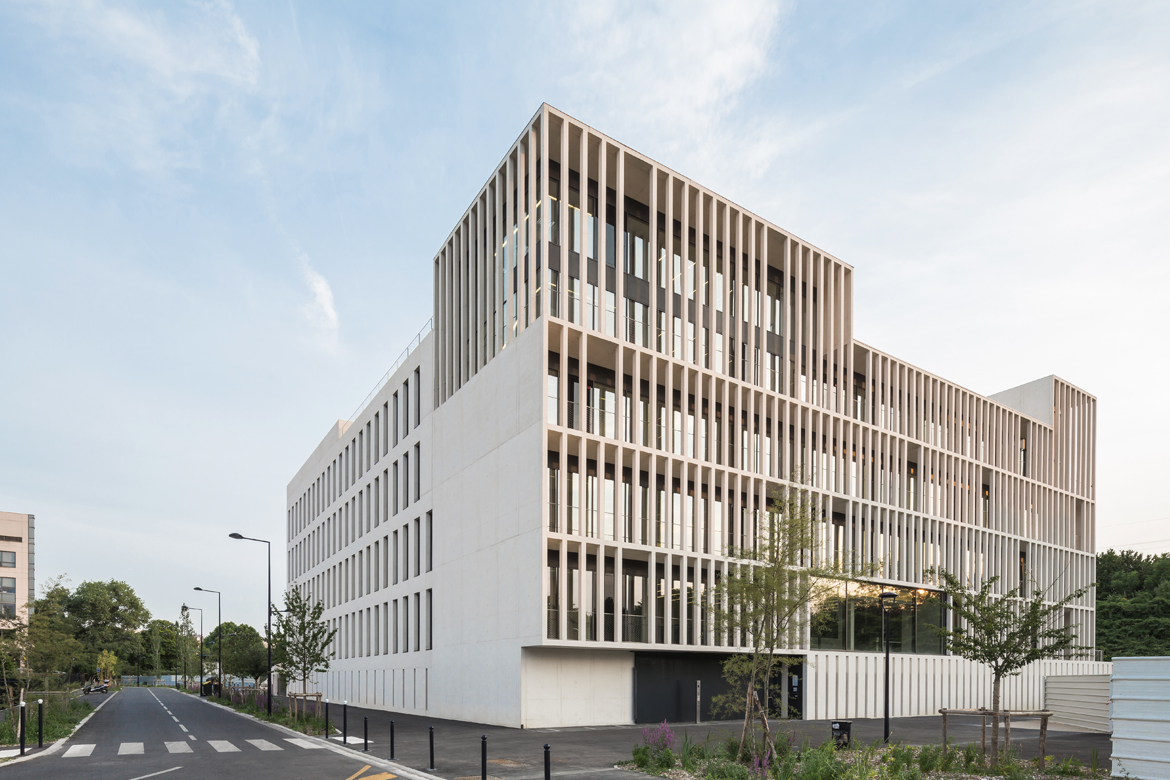 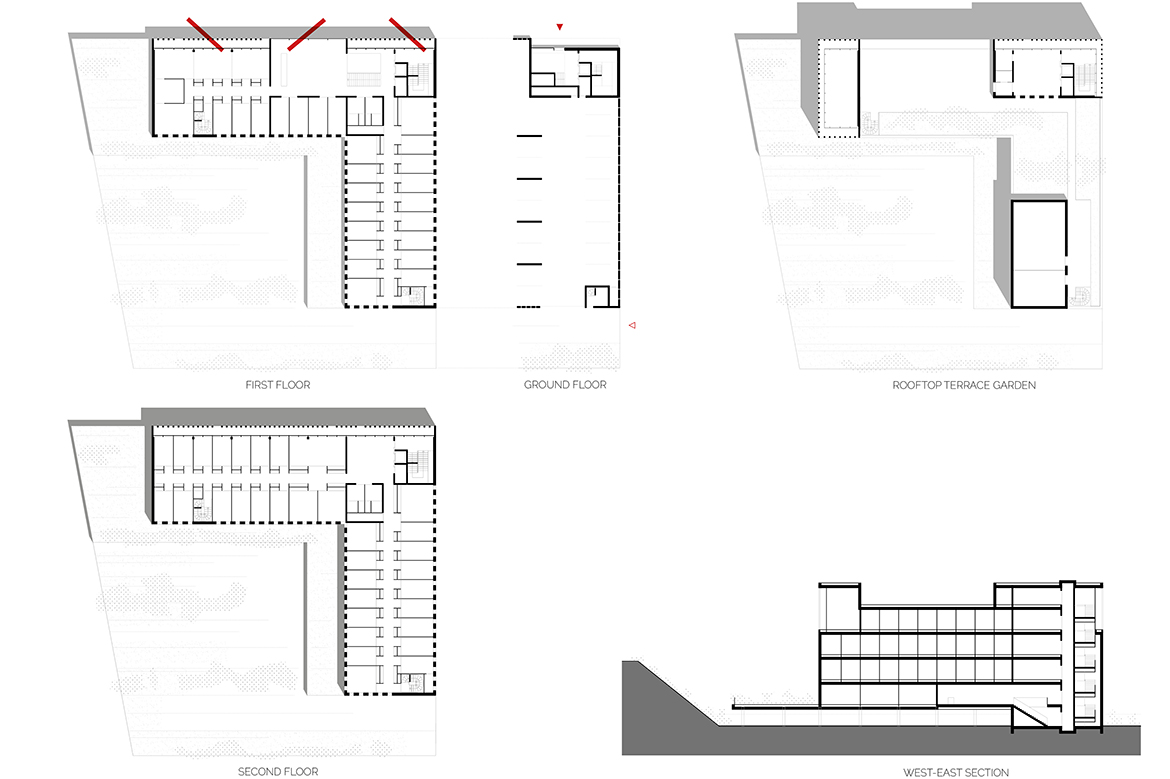 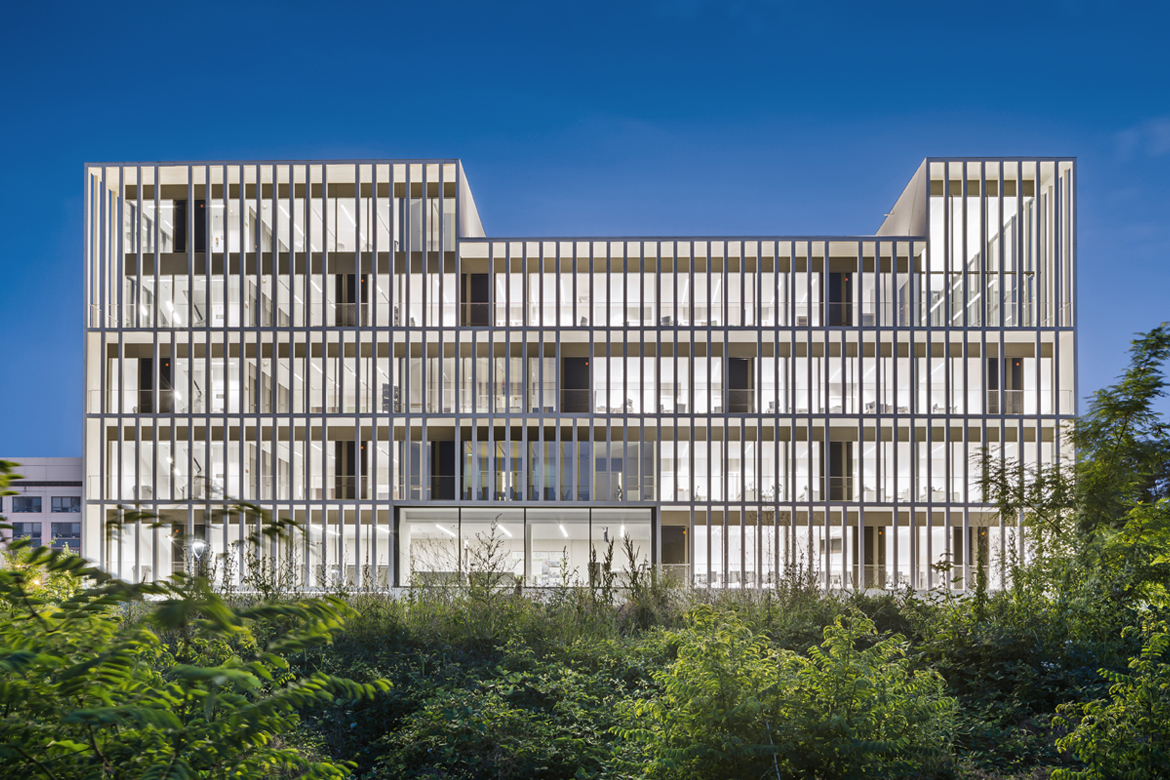 The project lies along the northern and eastern boundaries of the parcel of land. This position permits a direct interaction between the building and its urban surrounds, and frees the heart of the parcel for the creation of a landscaped area.

The building fits in this context with a structure solidly anchored in the ground, and which adapts its facades according to exposure and relationship to its surrounds.

The ground floor functions as a screen which conceals the area of shady area of the piles, without obstructing waters in the event of a flood.

On the higher floors, the distinction between the façades is accentuated:

In the eastern, southern and western façades, the sunrays and proximity to the banks of the railway line mean the interiors need to be protected, using a series of uniform permeations in the façade.

In the north, a continuity is created between the private and public spaces by opening the façade and creating a loggia facing the forecourt. The intention is to create a link between the users of the building and the public, between interior and exterior, through the use of the loggia as an intermediate indoor-outdoor space.

On the top floor, a communal space gives access to the rooftop terrace garden and offers a place of retreat for the building’s users.