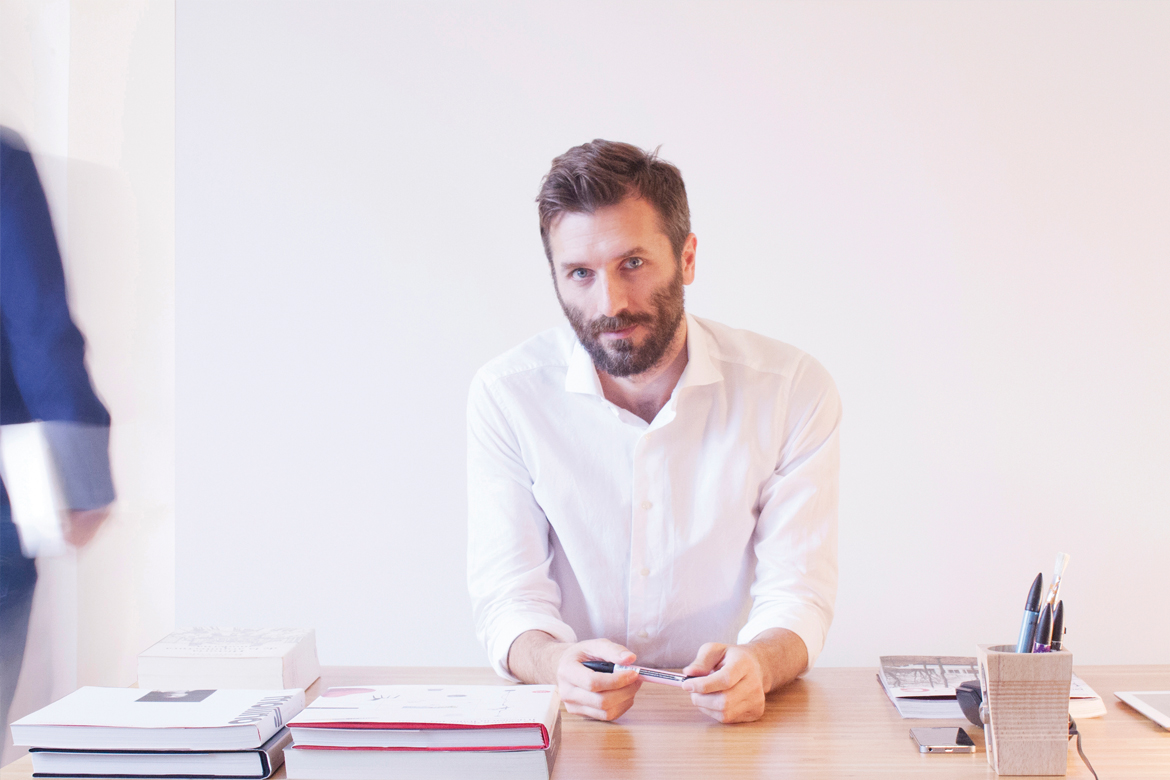 Stefano Sbarbati was born and grew up in Turin, a city where baroque architecture expresses itself through strict lines, and where today artistic creativity is blended with an industrial spirit. This duality of his childhood environment echoes the contrast between the drawings in grandfather’s travel journal and the technical craft of his father, a car designer.

Educated at polytechnic universities in Turin and in Madrid, where the architectural creativity taught is intimately linked to technical competence, Stefano Sbarbati has lived and worked in Paris since the beginning of his career. He worked from 2004 to 2012 at several architecture studios as a Project Manager, directing feasibility studies and supervising the construction sites of public facilities and housing projects.

In 2013, he established his own studio where he develops with passion, responsibility and dedication his own architectural projects.

WE ARE A PARIS-BASED ARCHITECTURAL DESIGN STUDIO COMMITTED TO DELIVERING DISTINCTIVE AND TIMELESS DESIGN SOLUTIONS THAT RESPOND TO CONTEMPORARY LIVING.

In his Paris-based architecture studio, Stefano Sbarbati and his team develop an architecture not based on images, but around the human being who, seated or standing, looks outward.

The practice’s work is characterised by meticulous attention to the concept and details of every project and à relentless focuss on refining design ideas to arrive at a solution which is architecturally and intellectually coherent.

All projects respond clearly to a need and develop their concept of function beyond simple physical and ergonomic factors.

The ideas of specificity and identity take on an additional significance; the building is not simply a shell but an expressive entity that interacts with its context. Identity in relation to space must be understood as ‘place’, a specific ‘here’ that is closely related to the nature of the building, its structure, function and context.

Stefano Sbarbati conceives places that harness the emotional power of the space, in order to offer a qualitative environment to the occupants. To do this, he uses tools specific to architecture: proportion and relationship between spaces, light, paths, views, structure and materials.